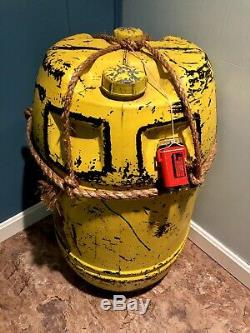 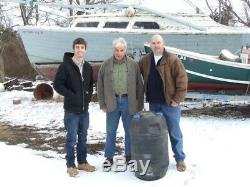 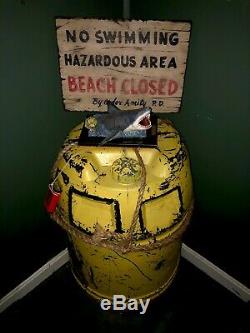 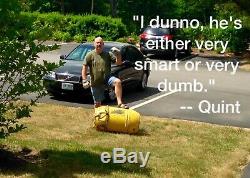 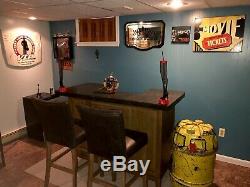 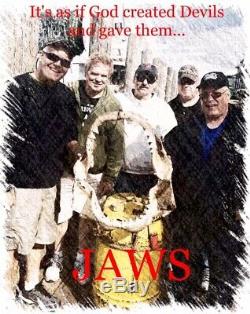 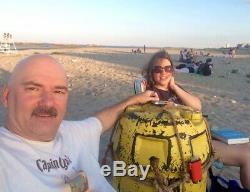 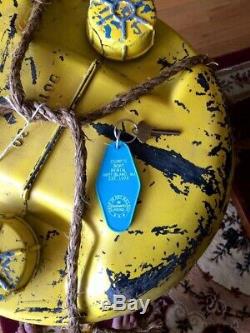 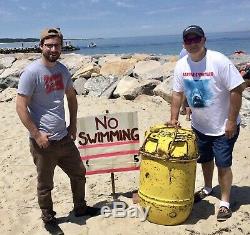 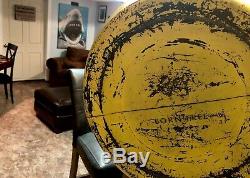 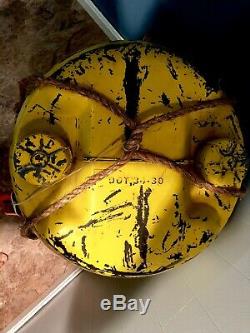 Bill of Sale from The Murphys included. Authentic Production Barrel from JAWS.

This barrel was used to float the wooden shark pens out to sea during the filming of Jaws off Marthas Vineyard in 1974. While it was not seen in the actual film, the five barrels in the movie were taken from the same batch as this one, being used by Lynn and Susan Murphy to help with flotation of various boats, barges, pens, cranes (and sharks) during production. This barrel was bought directly from Lynn And Susan Murphy and is a true piece of cinematic history. Even added ropes and a red tracking device very much like the one Hooper attached to that first keg, muttering the phrase Your turn, Quint.

For Sale is the barrel with attached rope and tracker. None of the other various items in the photos are included, like the keys, shark sculpture, sign, etc. My perfect feedback speaks for itself. Heres to swimmin with bow-legged women!

The item "Authentic Production Barrel from JAWS" is in sale since Tuesday, April 30, 2019. This item is in the category "Entertainment Memorabilia\Movie Memorabilia\Props\Originals". The seller is "total-recall" and is located in Goffstown, New Hampshire. This item can be shipped to United States.