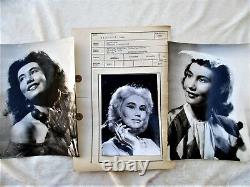 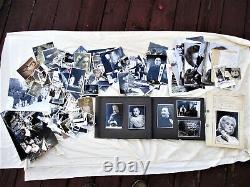 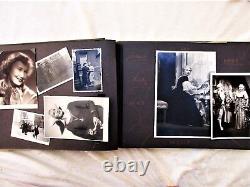 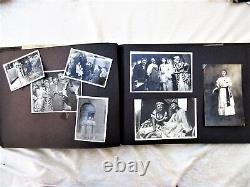 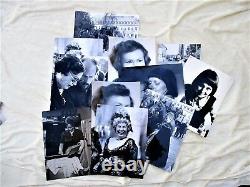 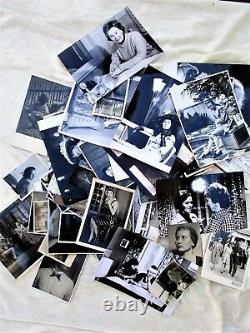 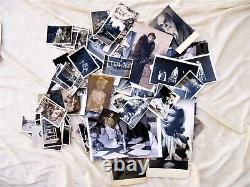 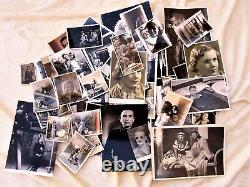 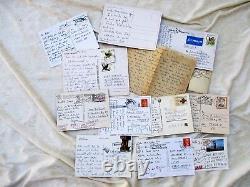 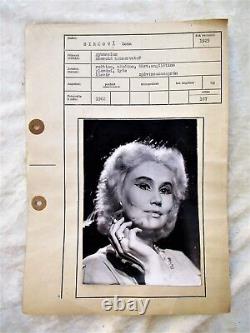 (1) PHOTO ALBUM containing approximately 110 photographs, mostly of LENA BIRKOVA, both in theatrical scenes and in everyday life. Most appear to be from the 1950s to the early 1960s. Many are 3.5x5 inches, but there are also smaller and larger sizes. Many are mounted, others have become dismounted.

It appears that most of the photos can be easily dismounted. Some have written notes on the backside. (2) Approximately 240 loose photographs of various sizes including many snapshots, of LENA BIRKOVA and her family, including daughter, grandchildren, husbands. Most photos include Lena in the photo, the majority being candid family photos, but there are some of Lena in various stage persona.

Photos range from her younger days to her days as a grandmother. (3) Some larger 8x10 photos, and an identity card. (4) A group of postcards written to Lena in Praha by a grandchild. Lena Birková was born on September 16, 1925 in Chabarovsk, Russia.. She was a working actress with roles in numerous Czech and International theatre and film productions starting in the 1950s.

One of her last films was a role in the Academy Award winning film Kolya (1996). She died on December 7, 2010 in Prague, Czech Republic. Photos of Lena Birkova are hard to find. This item is in the category "Entertainment Memorabilia\Movie Memorabilia\Other Movie Memorabilia".