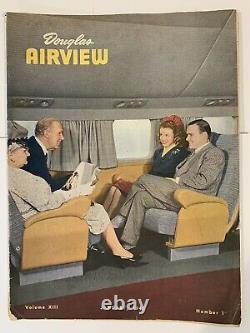 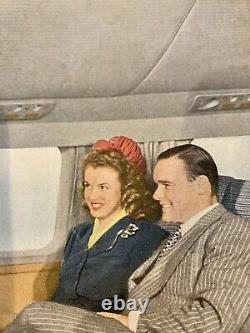 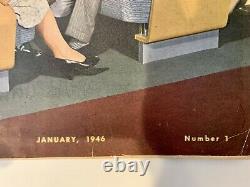 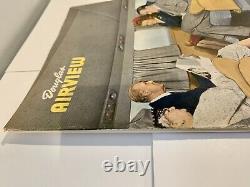 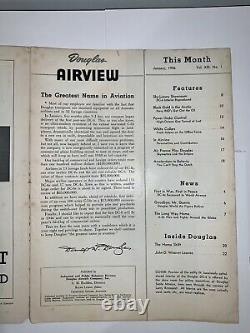 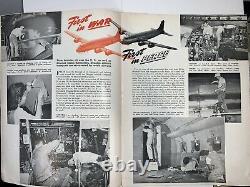 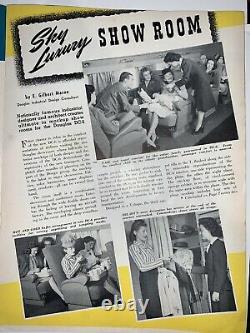 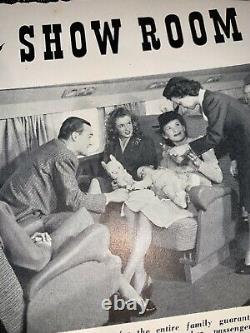 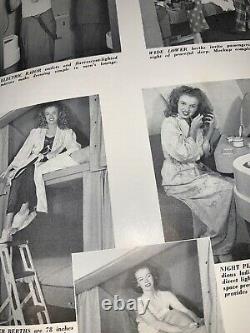 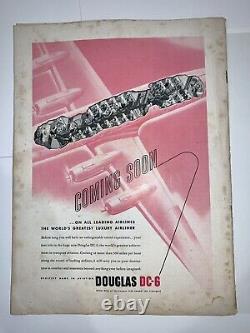 The demure brunette is sitting beside one Gentleman passenger and opposite an older couple on board a Douglas Aircraft DC-6. Ironically, Marilyn's famous figure is largely hidden as she sits at the window seat. This is the very first magazine cover on which Marilyn ever appeared In!

Having been discovered months earlier in a factory coincidentally spraying AIRCRAFT PARTS with fire retardant by a photographer sent by stateside Army Capt. The first Norma Jeane appearance ANYWHERE,' raves one expert. Historically, it is of astounding importance.

Inside the magazine, as part of an article titled'Sky Luxury Show Room,' are additional photos of Norma Jeane lounging in the then-'first in flight' upper bunk bed, wearing a modest black nightie (a harbinger of her iconic scene in'Some Like It Hot' a dozen years hence). The photographs were taken in December 1945 in Santa Monica, mere miles from the Van Nuys Radio-plane Munitions Factory where she worked. Please contact me with any questions or concerns that you may have or if you need additional pictures. DUE TO THE NATURE OF VINTAGE ITEMS ALL SALES ARE FINAL. The item "MARILYN MONROE JANUARY, 1946 DOUGLAS AIRVIEW MAGAZINE 1st appear / Holy Grail" is in sale since Tuesday, February 2, 2021.