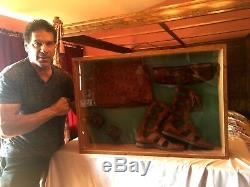 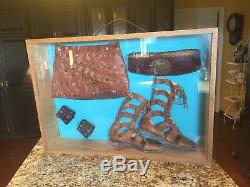 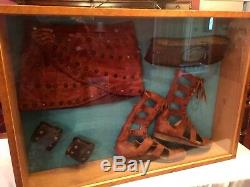 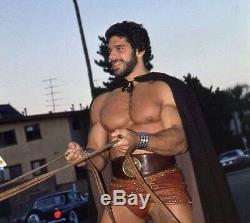 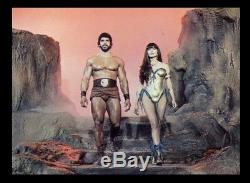 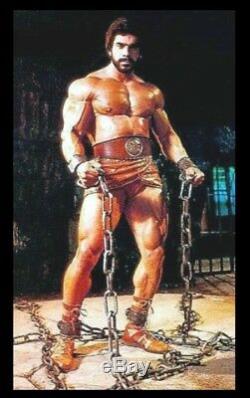 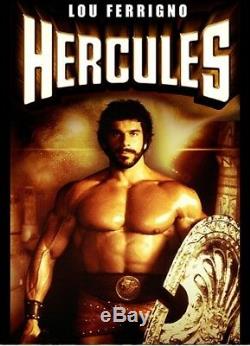 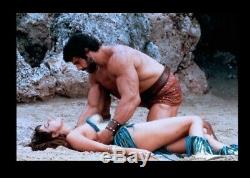 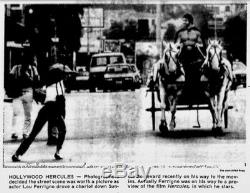 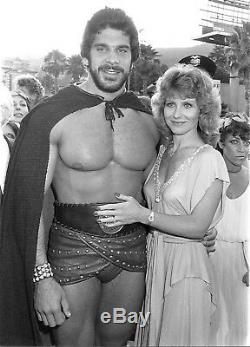 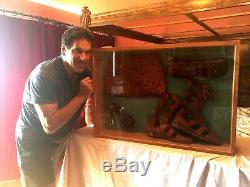 O ffered for the first time is the ORIGINAL HERCULES COSTUME as worn by LOU FERRIGNO in the 1983 m ovie Hercules. This costume was presented to Lou to commemorate the 1983 film written and directed by Luigi Cozzi and starring Lou Ferrigno as Hercules. Lou (a carpentry buff in the past) handmade the plexiglass and wood case to house the costume. Hercules was filmed in Rome, Italy, and is a science fiction-fantasy adventure film that retells the exploits of the Greek mythological character Hercules who battles to save the world from King Minos (played by William Berger) and evil sorceress Adriana (played by Sybil Danning). King Minos and Adriana employ his giant robots and her magic to not only dominate the world but also to sacrifice Hercules' love interest, Cassiopeia (played by Ingrid Anderson).

Hercules must team up with sorceress Circe (played by Mirello D'Angelo) to save his love and the world. Lou began filming Hercules in August of 1982 at Incir De Paolis Studios and RPA - Elios Studios both in Rome, Lazio, Italy. Was fresh from his role in the TV series.

In which he portrayed the comic book superhero, of the same name. With his 6' 5, 285 lb. Frame, Lou was the biggest professional bodybuilder of the time, and had recently starred in the documentary Pumping Iron (1977), about the 1975 Mr. Olympia contest in South Africa. Thus, Lou was a natural for the role of Hercules, the Roman adaptation of the Greek divine hero, Heracles - strongest of all mortals and even stronger than many gods.

Lou's costume, with short shorts, thick belt, Roman sandals, wrist cuffs, and large flowing cape was ideal for showing off the actor's imposing physique. ALONG WTIH YOUR ORIGINAL COSTUME IN COLLECTOR'S GLASS CASE and HERCULES CAPE, you will receive a PHOTOGRAPH OF LOU FERRIGNO FROM THE FILMING OF HERCULES. It has been in his possession since 1982 and has never been owned by a third party. Lou Ferrigno with Original Hercules Costume - YouTube.

Video will open in a new window. The item "ORIGINAL HERCULES Costume with Cape Worn by LOU FERRIGNO Bodybuilder The Hulk" is in sale since Saturday, September 9, 2017. This item is in the category "Entertainment Memorabilia\Movie Memorabilia\Wardrobe\Originals".

The seller is "ninaandbren" and is located in Santa Monica, California. This item can be shipped to United States.