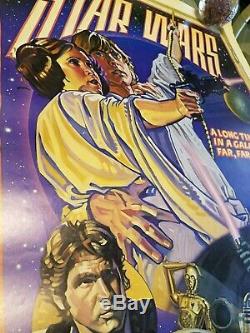 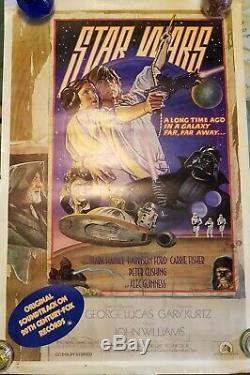 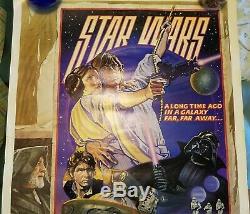 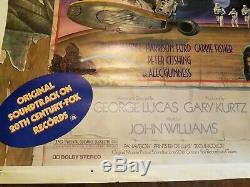 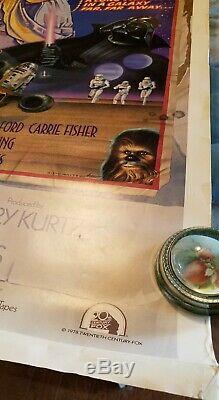 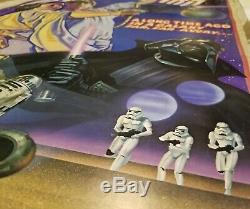 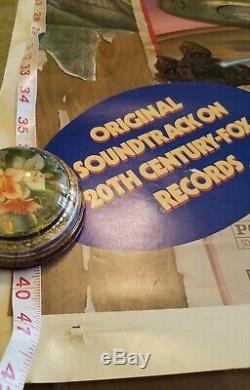 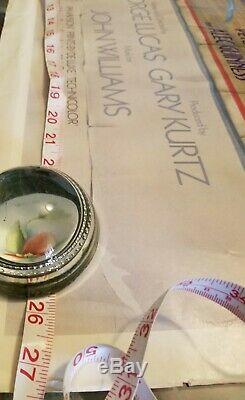 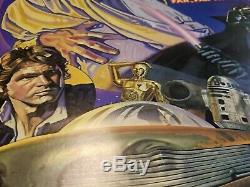 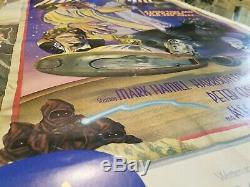 Original "STYLE-D" 1978 Star Wars Soundtrack Poster Rare. Only has issues on the border where it was bent from being in a frame. It was rolled, there are NO fold creases. STAR WARS STYLE "D" SOUNDTRACK ONE-SHEET This soundtrack one-sheet was printed to go along with the Star Wars style "D" theatrical version. It also contains the circus like artwork by Drew Struzan and Charles White III that was made to look like it had torn pieces of paper on this "wild posting" placard.

The tagline and the arched Star Wars logo appear on this poster with it's brownish and purplish overtones, along with the cast and credits area at the bottom that includes the 20th Century Fox emblem and the PG Ratings box. In a big blue oval on the lower left hand side it says, "Original Soundtrack on 20th Century-Fox Records". The bottom white border on the poster is blank.