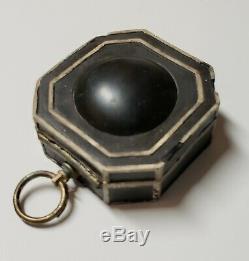 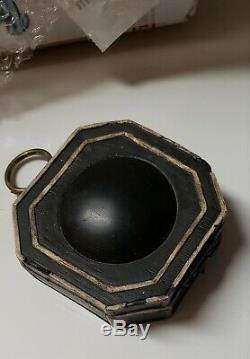 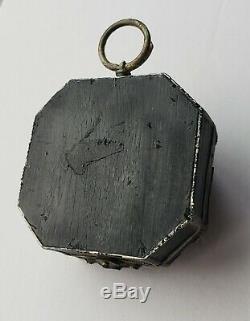 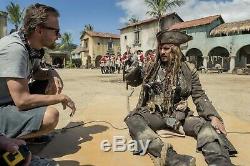 PIRATES OF THE CARIBBEAN DEAD MEN TELL NO TALES 2017 JACK SPARROW'S (As portrayed by Johnny Depp) SCREEN USED COMPASS. This prop is a stunt compass composed of hard foam rubber expertly painted and appointed with realistic details. It was used in various scenes but most prominently in the film's opening sequence when Jack Sparrow is being dragged through the streets of Saint Martin. The item was obtained direct from production following our clients professional relationship with the Pirates franchise starting in 2010 with the On Stranger Tides film.

It has been screen matched and vetted by one of the worlds largest and most respected prop stores in the business. Assuredly the Pirates muli-billion dollar franchise will continue albeit most certainty without Johnny Depp as we live in the re-boot era of motion pictures.

This would make this Jack Sparrow's Mr. The compass is also the heart of the Pirates of the Caribbean story. All things in every film in the series have revolved around it. There are a few, well respected collectors of Pirates memorabilia, well know in the entertainment collecting field, that are aware of this prop and it's authenticity.

We thank you for your interest. The item "PIRATES OF THE CARIBBEAN SCREEN USED COMPASS.

JACK SPARROW DEAD MEN TELL NO TALES" is in sale since Sunday, July 21, 2019. This item is in the category "Entertainment Memorabilia\Movie Memorabilia\Props\Originals". The seller is "john_simon_fine_art_and_collectibles" and is located in Brooklyn, New York. This item can be shipped worldwide.