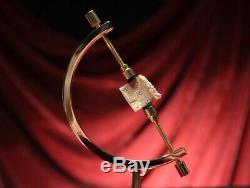 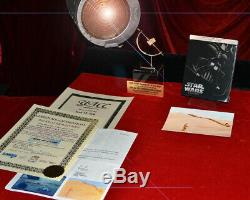 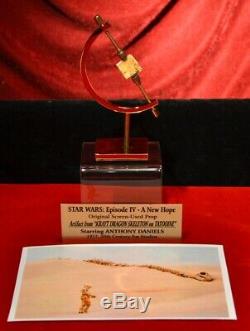 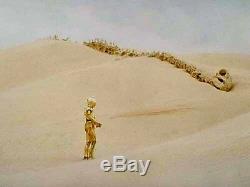 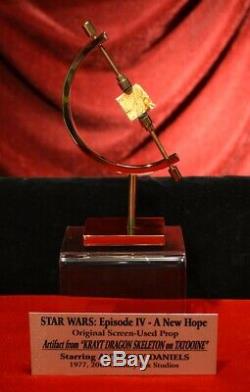 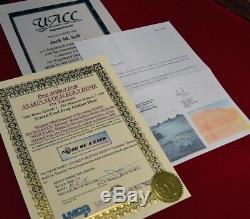 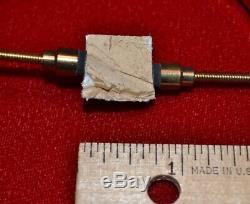 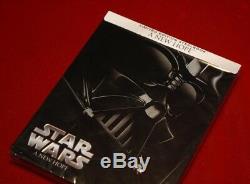 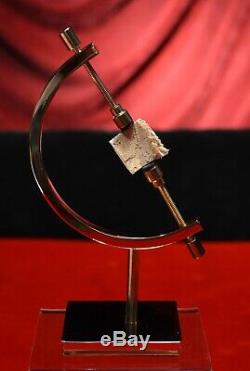 ", "AEON FLUX, " "WARM BODIES, " "CASINO ROYALE, " "bruno, " "GONE WITH THE WIND, " "CHRONICLES OF RIDDICK, " "HANNIBAL, " "BATMAN, " "WIZARD OF OZ, " "HOOK, " "IT'S A WONDERFUL LIFE, " "SUPERMAN, " "GHOST, " "NATIONAL TREASURE, " "SKYFALL, " "HUNT FOR RED OCTOBER, " "SPIDER-MAN" & "PIRATES of the CARIBBEAN + dozens of other Films & Television shows, many destined to become Classics that will live on for millions of viewers for years to come. This very RARE PROP piece of the "KRAYT DRAGON" Skeleton Filmed on location in Tunisia was an Artifact cut from a larger prop skeleton that was used on-screen in the first famous STAR WARS motion picture..

And it was personally dug up at the site from the original set near Nefta, TUNISIA in 1999/2010! STAR WARS IV: A New Hope.

The ARTIFACT in this Display is an actual Screen-Used piece of the KRAYT DRAGON SKELETON used on-screen in the 1977 sci-fi classic, Star Wars: A New Hope. This is the prop piece pictured that you will receive! This KRAYT DRAGON SKELETON was created by Lucasfilm Director GEORGE LUCAS and Production Designer JOHN BARRY, together designing this prop that was used in creating the large filming exterior of the Dunes on Tatooine. This particular set PROP can be seen in the film, Star Wars: A New Hope. This piece was originally uncovered near Nefta, Tunisia site in the 1999 expedition conducted by Alain LeFevre...

And includes the original CERTIFICATE OF AUTHENTICITY signed by D. A Very RARE "STAR WARS" Display that includes this engraved Description PLAQUE attached to a new Plexiglass Stand..

The Prop is part of "KRAYT DRAGON SKELETON, " on TATOOINE, one of the most FAMOUS Props in Motion Picture history! And you can own a piece of this film history, keep it as an investment and enjoy it for many years to come! This very rare Original Piece of the KRAYT DRAGON Skeleton is held by this new Brass CALIPER.. A great way to display this extremely RARE Screen-used PROP... This is the exact piece you will receive.

This screen-used Prop ARTIFACT measures approximately 1" x 3/4".. Here's the other side of the prop artifact.. This Original PROP is NOT A COPY...

A great STAR WARS Collection.. The original Prop "STAR WARS" KRAYT DRAGON Skeleton PROP Artifact from the TATOOINE Set has been stored in an acid free case in a smoke free, pet free environment since being acquired. The Film History of the KRAYT DRAGON Skeleton on Tatooine. Although a krayt dragon does not appear in A New Hope , its bleach-white skeleton does appear during C3PO's trek across the Dune Sea. These sauropod bones were made of Fiberglas, and left in the Tunisian desert after production wrapped. Incredibly, the skeleton remained untouched for almost two decades, when archaeologist and Star Wars Insider contributor Dr.

David West Reynolds revisited the Tunisian location in 1995 and found the bones. The FILMING LOCATION in TUNISIA. The exteriors of the TATOOINE DUNES were shot in Tunisia for STAR WARS: A New Hope. Check out our other auctions for more TV & Movie Collections that include wardrobes, props & autographs. Sell is a Registered Dealer with the U.

We are honored that some of our memorabilia is on display in the SMITHSONIAN, Washington, D. Btbandabbermake3s: Fantastic items, 30 Star Movie Maker! Heimdell51: Great guy; very prompt & efficient service & exc. Packaging; got a free bonus too! Toothfella: Thanks for the super helmet Jack!

Of course, you get the Original CERTIFICATE OF AUTHENTICITY (COA) from UACC Registered Dealer #228 and D. Sell that guarantees this screen-used prop absolutely genuine.. Ready to display in your Home, Office, Museum or Media Room... A GREAT piece of STAR WARS MOTION PICTURE history....

A real "One of a Kind" Find & Conversation Pieces.. Movie & Television Props & Autographs can make for a good investment as well!

Check out our other auctions for more great movie & television PROPS, AUTOGRAPHS & COSTUMES, including a Star Wars DEATH STAR! Great STAR WARS movie collection to the Star Wars Fan in your family or just keeping it for yourself for what should be a good investment! A GREAT MOTION PICTURE COLLECTION from a great classic film, STAR WARS IV: A New Hope. VERY RARE & VALUABLE ONE OF A KIND PROP!! This would look great displayed in your Home, Museum or Office...

The item "STAR WARS Prop Screen-Used KRAYT DRAGON, Display STAND, Plaque, COA, DVD" is in sale since Wednesday, November 13, 2019. This item is in the category "Entertainment Memorabilia\Movie Memorabilia\Props\Originals". The seller is "jackmsell" and is located in New Port Richey, Florida. This item can be shipped worldwide.