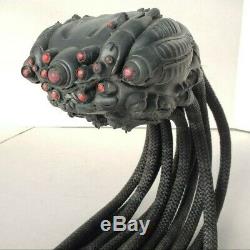 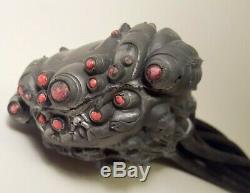 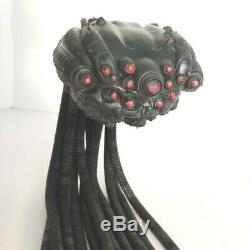 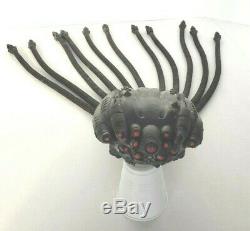 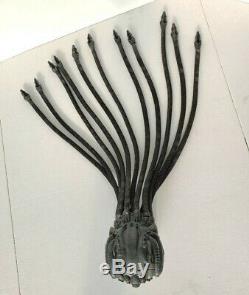 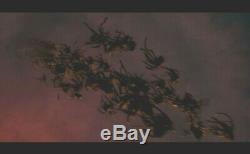 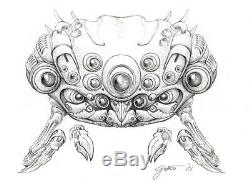 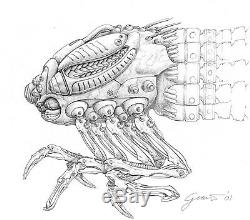 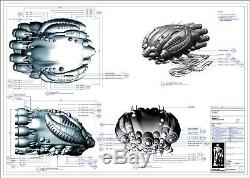 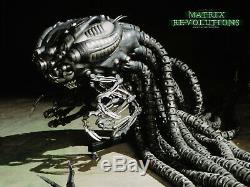 Excellent condition with typical wear from production use. The Sentinel was first designed by conceptual artist Geof Darrow and later refined by Steve Burg for the 1st Matrix film. When the sequels were in pre-production, I requested that the 3D model be re-designed since it would play such a large role in the Reloaded, Revolutions and The Animatrix: Final Flight of the Osiris. The original model also did not lend itself to being produced as a life size prop that would also be seen on-set (as dead sentinels). In addition to the 250k VFX sentinels, my final 3D model was the used to create blue-prints for the production department to produce the life-size sentinel prop and the foam rubber miniature I have listed here. These SFX miniatures were filmed on set, dropped from the top of the sound stage, for the scenes during the Zion siege as falling casualties of APU fire and after an EMP is set off, destroying all the sentinels invading Zion. The footage was mixed together with additional CG Sentinels for closer shots. This Sentinel prop is 25 in length and is made from foam rubber (body), nylon rope (tentacles) and plastic (tentacle base and claws).

I will also include a signed letter of authenticity. Feel free to contact me with any questions. The item "The MATRIX REV. Movie Film Screen Used SENTINEL PROP VFX AD Personal Coll" is in sale since Saturday, March 21, 2020. This item is in the category "Entertainment Memorabilia\Movie Memorabilia\Props\Originals".

The seller is "gntoyz" and is located in Lake Mary, Florida. This item can be shipped to United States, Ukraine.