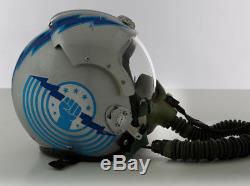 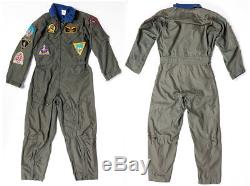 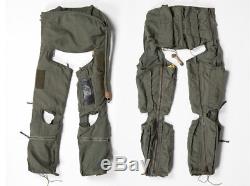 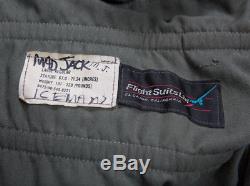 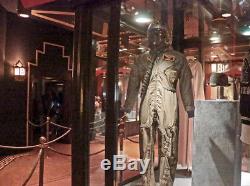 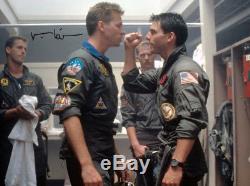 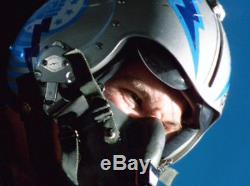 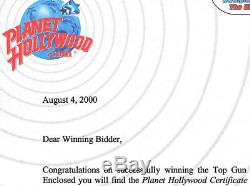 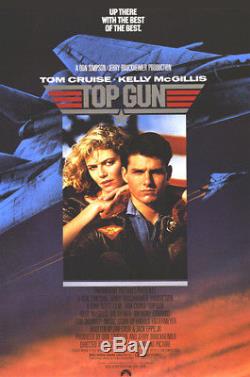 It would be the center of any movie museum collection. MAVERICKS suit is in the Smithsonian so you can understand the cultural.

HERO TOP GUN "ICEMAN" COSTUME. This hero flight helmet was worn by character "ICEMAN, " portrayed by actor Val Kilmer. Some expected usage/wear and scratches and peeling due to age and filming, but otherwise in very good condition. S helmet (Maverick) is currently in the collection of the Smithsonian Museum in Washington DC. This hero flight Anti G-Suit was worn by character "ICEMAN, " in the 1986 motion picture, "Top Gun". These have "Iceman" along with "Mad Jack" handwritten on the label after production wrapped the flight suit was put back into wardrobe stock and was reused in. (Paramount, 1991) by the character Mad Jack.

They have several air bladders built into the legs in order to help keep blood in the rest of the body during high G-force maneuvers. Some expected usage/wear due to age and filming, but otherwise in very good condition. This hero USN flight suit (olive green coveralls made by Gibraltar Industries) are marked Iceman #2 handwritten on the tag. PLEASE NOTE: The period blue Lacoste® shirt and call sign name patch are for display only and were not screen used. Throughout the film the continuity on all the fighter pilots suits was somewhat inconsistent.

This suit can be seen in the closeups during the dog fights as it has an arm pocket flap Mavericks also did. In other shots his suit can be scene without the pocket flap when ICEMAN has his pen stored on his sleeve. Some expected usage, fading and wear to the flight suit, otherwise item is in fine screen used condition. Dare-Devil navy pilot Pete Mitchell. Is sent to Miramar Naval Air Station known as TOP GUN for advanced pilot training. Here he vies with Tom Kazanski. For the coveted "Top Gun" award. While battling Kasanski (call sign ICEMAN), Mitchell falls for his flight instructor civilian consultant Charlotte Blackwood. Shaken up by the death of his best friend and copilot GOOSE, Mitchell loses focus and ultimately the Top Gun honor to ICEMAN. Worried that he may have lost his nerve, Mitchell is given a chance to redeem himself during a tense international crisis involving a crippled US vessel and a flock of predatory enemy MIGs. Top Gun scored with audiences in 1986 on the strength of its visuals, especially the vertigo-inducing aerial sequences, becoming the highest grossing film of the year.

Have a continued opportunity to visit it if it does not sell. Please contact me directly with any offers regarding this. The item "Val Kilmer SCREEN USED Top Gun helmet and flight suit prop / costume" is in sale since Saturday, April 14, 2018.

This item is in the category "Entertainment Memorabilia\Movie Memorabilia\Wardrobe\Originals". The seller is "emmettsauction" and is located in Los Angeles, California.